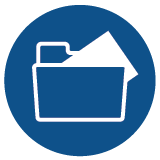 The jurisdiction of the Office of Executive Inspector General for the Illinois Comptroller (OEIG) extends to the Illinois Comptroller, and all officers and employees of, and vendors and others doing business with, the Illinois Office of Comptroller.  The OEIG investigates complaints regarding alleged violations of law, rule, or regulation committed by an employee of, or those doing business with the Illinois Office of Comptroller.  For example, the Office investigates allegations of waste, fraud, abuse of authority, or corruption, including ghost payrolling, bid rigging, theft, misuse of state time or property, procurement fraud, hiring improprieties, and improper time reporting, among others.  The OEIG also investigates alleged violations of the State Officials and Employees Ethics Act (Ethics Act), including prohibited political activity, revolving door, sexual harassment, gift ban, and retaliation.

The OEIG will not investigate complaints that are unrelated to its jurisdiction, such as those generally related to city, municipal, county or federal government employees, officials or employees of federal or state courts, or employees or members of the legislative branch of government. The OEIG may also decline to investigate complaints that are more appropriately dealt with as a governmental agency management issue, such as a complaint from a state employee who is simply dissatisfied, without legal recourse, with a supervisor, work assignment, or performance rating. By law, the OEIG cannot initiate or accept a complaint regarding an alleged violation, which occurred more than a year ago, unless there was an attempt to conceal the underlying facts during that time.

Certain complaints received by the OEIG may, as appropriate, require the involvement of other investigative or prosecutorial entities. Criminal matters, for example, may require the participation of, or referral to, other prosecuting or law enforcement authorities. In addition, the investigation of certain complaints may be referred to, or require the participation of, other inspectors general who serve specific public entities.

Complaints regarding alleged violations of law, rule, or regulation committed by an employee of, or those doing business with the Illinois Office of Comptroller may be submitted by anyone. Complaints may be submitted anonymously; however, a complaint must relate to the official conduct of:

Anyone who files a complaint should have a reasonable belief that the allegation being reported is true. In addition, anyone filing a complaint must provide sufficient detail concerning the allegation in order for an investigation to be initiated.

Examples of allegations of violations by public employees that may be investigated by the OEIG include, but are not limited to: fraud, abuse of authority, corruption, theft of state property, improper use of state time, property, or other resources for prohibited political purposes, bid rigging, improper time reporting, and other forms of misuse of public property, equipment, or other assets.

Complaints may be filed orally or, preferably, in writing. To report a violation you may:

The identity of those who file complaints with the OEIG will be kept confidential to the extent possible under the law. There may, however, be circumstances under which a complainant's identity must be revealed by law.

Information for Complainants and Subjects of Complaints

If you are in need of information for complainants or subjects of complaints, click here.