State's Bill Backlog to exceed $8.5 billion by December without budget

If the state continues its current rate of spending without a balanced budget, Illinois' backlog of unpaid bills to schools, hospitals, businesses, social services and other vendors will exceed $8.5 billion by the end of the calendar year. 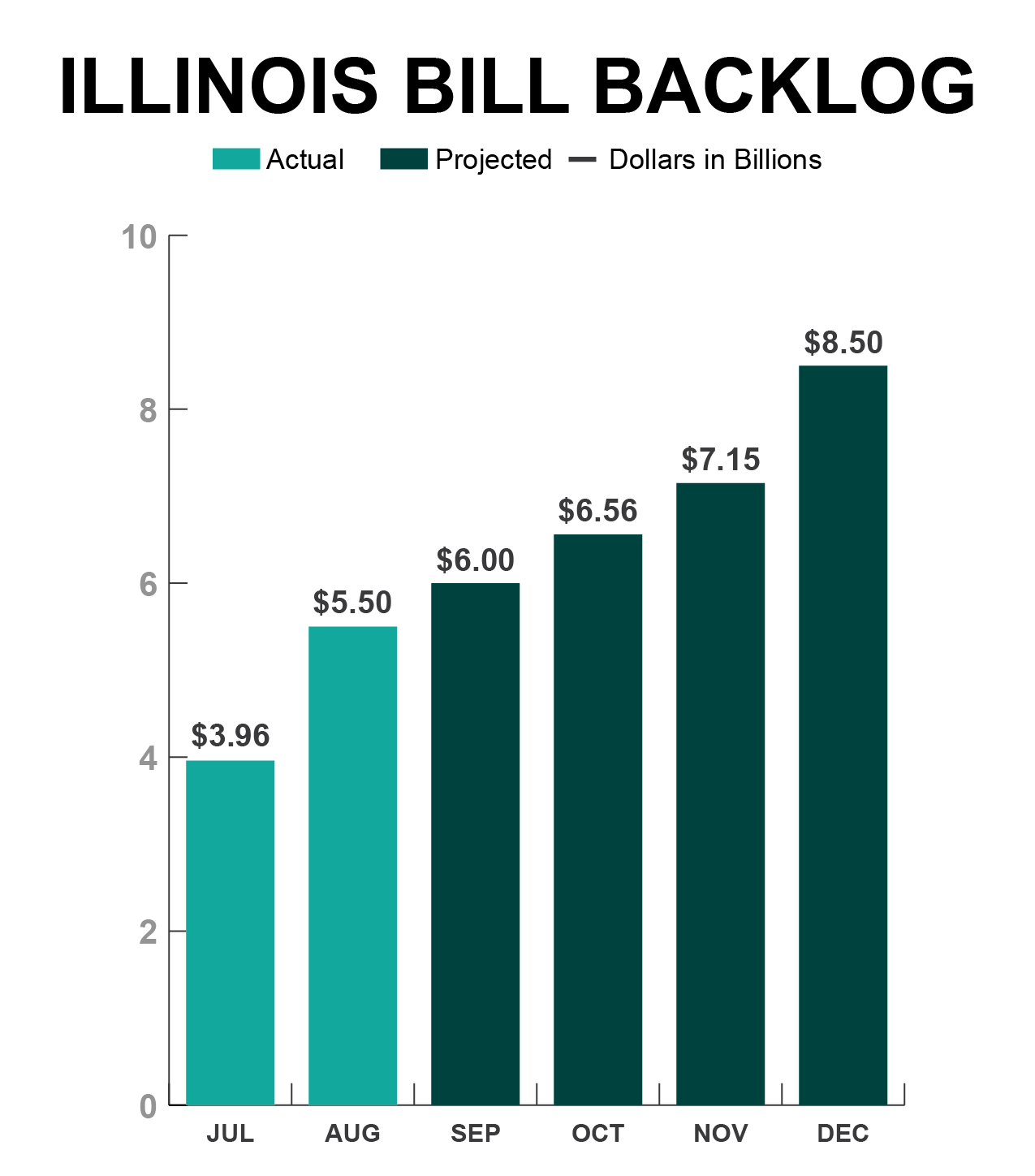 Court orders, consent decrees, and statutory continuing appropriations (including debt service, pension payments, tax refunds and lawmaker salaries) are funding 90 percent of the state's bills even though the General Assembly and Governor have been deadlocked on a budget since July 1.  The problem is, the spending is based on FY 15 levels while revenue is based on FY 16 levels, which is running considerably lower due to the sunset of the temporary tax increase in January.

The unpaid bill estimate does not include payments for higher education, employee-retiree health insurance, student MAP grants, some Lottery winners, commercial spending, and other bills that will not be processed until a budget is in place. Those expenses could account for an additional $4.3 billion in spending annually.

At the end of August, the state's unpaid bills to schools, hospitals, businesses, social service agencies and others totaled about $5.5 billion. That number has grown to $6 billion today. If there is no budget in place and the state's spending trajectory continues, it will enter the New Year on January 1, 2016 owing an estimated $8.5 billion in unpaid bills. As the backlog grows, the state's cash flow gets tighter and payments to nonprofits and other state vendors for provided services face further delays.