Atticus is such a sweetie! Atticus was born in 2018 and still has some kitten energy left. He does well with the other cats he shares a room with and would do well with a dog after a slow introduction. Atticus loves to give kisses and play with toys! His adoption fee has been waived. 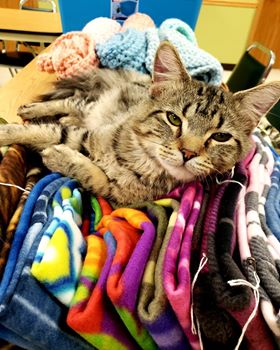