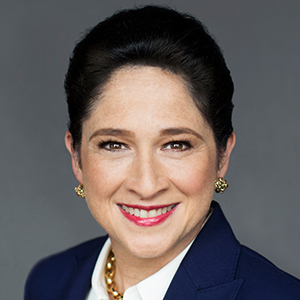 Illinois Comptroller Susana A. Mendoza (Democrat) took office on Dec. 5, 2016, serving the last two years of her friend, the late Comptroller Judy Baar Topinka's, last term. She was re-elected in 2018. Mendoza is the first Hispanic independently elected to statewide office in Illinois.

Since becoming Comptroller, Mendoza has transformed the office, shifting priority to the funding of nursing homes, hospice centers, schools and the state's most vulnerable citizens during and since the state's two-year budget impasse. Although the Comptroller is charged with paying the state's bills as they arrive, the budget crisis forced the office to prioritize which bills would be paid first. During this period, Mendoza became an advocate for stability, comprehensive budget solutions and open and transparent financial reporting, winning accolades from agencies that rate the state's bonds.

Mendoza has initiated a transparency revolution in state government, working with legislators of both parties to introduce and pass transformative legislation to make financial information more publicly available than ever before. These measures include the Debt Transparency Act, the Truth in Hiring Act, the Budgeting for Debt Act and the Vendor Payment Program Transparency Act.

And when the COVID-19 pandemic took hold in Illinois in early 2020, Mendoza established a public, online portal showing coronavirus-related state spending on necessary supplies in Illinois' fight against the deadly virus.

Prior to her statewide election, Mendoza was the first woman elected Chicago city clerk. She championed a huge technology overhaul, shifting more than 1.3 million Chicago city vehicle sticker customers from an inefficient and archaic seasonal sales program to year-round sales. The new system, modeled after the Illinois Secretary of State's license plate renewal program, resulted in millions of dollars of new revenue and vastly improved customer service at a lower cost to taxpayers. The program was awarded a 2015 Bright Idea Award from Harvard University.

Prior to serving as city clerk, Mendoza served six terms between 2001 and 2011 in the Illinois House of Representatives. Starting as the youngest member of the 92nd Illinois General Assembly, she quickly earned a reputation as a tenacious and effective legislator who embraced a bipartisan approach to governing. She was routinely recognized for her leadership in the areas of social services, education, law enforcement, job creation and animal welfare.

Mendoza lives in Chicago's Portage Park neighborhood with her husband, David, her son, David, and her mother.