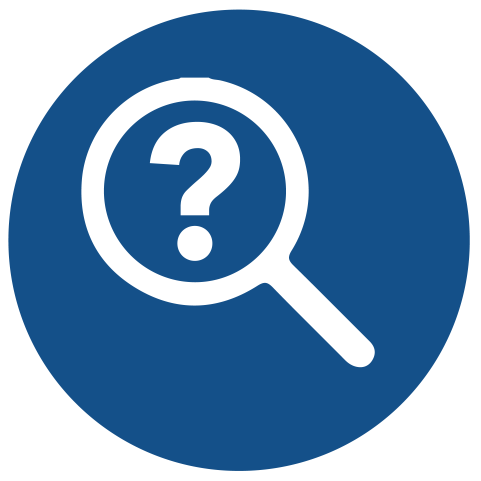 Is the Comptroller’s Office in charge of all Illinois cemeteries and funeral homes?

No. The Illinois State Comptroller’s Office licenses certain private cemeteries that accept care funds, along with businesses, such as cemeteries and funeral homes, that sell pre-need funeral goods and services to consumers. It is our role to help ensure consumer dollars collected by these businesses are placed in trust so they are available when consumers need them.

Other cemeteries and funeral homes, including family burial grounds, those with religious affiliations, and those owned and operated by municipalities, along with those businesses that do not sell on a pre-need basis, are outside the jurisdiction of the Comptroller’s Office.

How does the Comptroller regulate those cemeteries and funeral homes that are licensed by the state?

Cemeteries and funeral homes that hold an operating license from the Comptroller only receive that license after a process of background checks and financial disclosures is complete. Licensed cemeteries and funeral homes are required to submit annual reports. The Comptroller’s Office may perform periodic audits to see that care funds and money taken in from pre-need sales are being entrusted properly and in accordance with the Illinois statutes.

What is a pre-need contract?

A pre-need contract is a document drawn up by a licensed cemetery or funeral home (be sure you ask to see the license). The contract spells out the goods and services that you, the consumer, are purchasing for yourself or a loved one prior to the time that you will actually need them. There are several types of pre-need contracts:

A guaranteed contract is a pre-need contract in which you pay for the goods and services you have selected in full at the same time you sign the contract. This ensures that the price you have paid is fixed and that there will be no additional charges at the time of need, provided you do not add any goods or services in the future. Though the seller does absorb the interest earned on this money between the time it is paid and the time it is needed, he/she also absorbs the increasing cost of the goods and services, which typically rises over time.

A non-guaranteed contract is a pre-need contract in which prices are not fixed. Since this contract does not lock in specific prices, any money paid on it is simply a deposit to be applied to the total bill at the time of need. If the money paid on the contract exceeds the cost of the goods and services contracted for, the excess funds are returned to the consumer.

Can I get a refund on my contract?

Receipt of a refund depends on what kind of contract you have signed.

Contracts with cemeteries: If you have entered into a pre-need contract with a cemetery, and the contract has been paid for in full, you are generally entitled to the following refunds:
50% + interest earned of cemetery services, including the opening and closing of a grave
85% + interest earned of outer burial containers, often called burial vaults

Contracts with funeral homes: If you have entered into a pre-need contract with a funeral home, and the goods and services laid out in that contract have been paid for in full, you are generally entitled to the following refunds: 95% + interest on all goods and services, including but not limited to caskets, urns, clothing, and transportation, 85% + interest on all outer burial containers, typically referred to as burial vaults. The seller may keep no more than $300 or 10% of the payments made, whichever is less.

Installment contracts: If you have entered into an installment contract with either a cemetery or a funeral home, meaning that you are making payments on the goods and services laid out in your contract, you are not entitled to a refund of any kind until the contract is fully paid. If you change your mind about the contract and stop making payments, the seller is entitled to keep whatever amount you have paid in to that point.

What should I do if I believe I am the victim of unlawful practices on the part of a cemetery or funeral home?

Contact our PLACE Hotline toll-free (877) 203-3401, or send us an e-mail at place@illinoiscomptroller.gov. If you have copies of contracts or other pertinent paperwork, please have them available to fax to our office. You can also contact the Attorney General’s Consumer Protection Division. Contact information and complaint forms can be found here: http://illinoisattorneygeneral.gov/consumers/index.html.

What oversight does the Comptroller’s office have when it comes to monument companies?

It is important to note that Illinois law prohibits a cemetery from forcing you to purchase a monument (headstone, marker, etc.) only from them. Cemeteries may, however, set forth rules and regulations regarding types of monuments that they will accept (material, height, etc,) so be aware of those restrictions before dealing with a monument company.

As with cemeteries and funeral homes, those crematories which sell pre-need goods and services must file annual financial reports with the Comptroller’s Office and are subject to periodic audits.

All cemeteries in Illinois are required to be registered with the Comptroller’s Office. Private cemeteries that accept care funds and those selling pre-need goods and services, however, must be licensed, and must, therefore, abide by certain statutes as regards their financial entrustments. A registered cemetery simply has its name, location, and contact information listed with the Comptroller’s Office.

How do I register a cemetery?

The first step is to contact us to ensure that the cemetery in question is not already registered. If it is not, a person wishing to register the cemetery must have legal proof that he/she is the landowner (a deed, for example). If this paperwork is in order, registration is as simple as filling out a few forms. Contact us for more information.

What can I do if I know of an abandoned or neglected cemetery?

You can contact us and ask if the cemetery is registered. If we have any information on who is responsible for the property, we will share that with you.